Some images from the events and exhibitions at the Mansion in our short 2021 open season. Thank you to everyone who supported us by attending, performing and exhibiting. 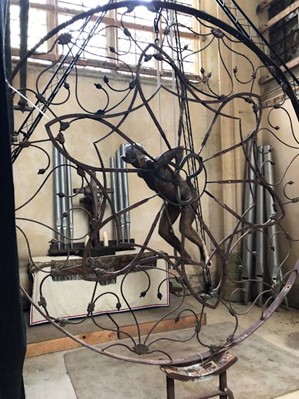 We hosted this amazing innovative twist on Victor Hugo's classic novel Notre Dame de Paris in July. The NDP Circus company ran a two week course at the Mansion which culminated in three performances on the final day, featuring a mix of circus, theatre and dance to portray the great novelist's complex human drama.

For more images, see the gallery→ -> 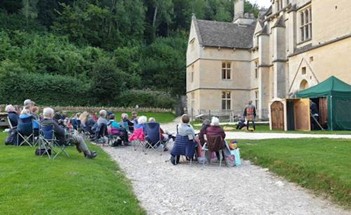 The travelling troupe of Festival Players (patron: Dame Judi Dench) visited in August. The outdoor audience all enjoyed the abridged (no interval due to covid rules) production of Henry V. Did you know that the Battle of Agincourt was fought in the Woodchester valley? 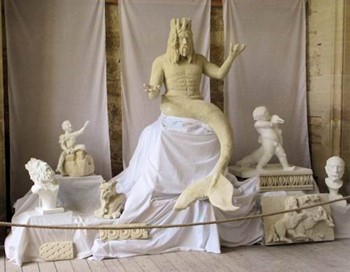 Our resident stonemasonry students from the Guild of St Stephen and St George held an exhibition of their work over the August Bank Holiday weekend. Entitled Luda, which means work in the ancient mason's language, it enabled visitors to admire the depth and breadth of the apprentices' skills. 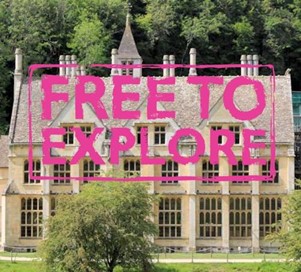 The Heritage Open Days are a nationwide festival of UK history and culture. Woodchester Mansion takes part every year and on Friday 10th Sept we had 127 visitors. The stonemason's guild demonstrated their art and craft and the guided tours were very popular. 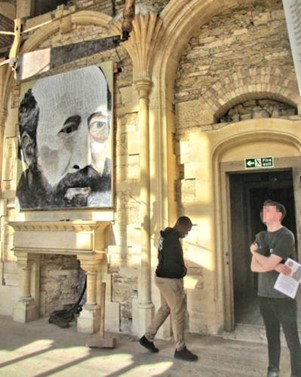 Open Studios are part of the annual artist led Stroud SITE Festival. The Floating Flaws exhibition was prepared by two artists, Paul Grellier and Jo Nathan. The image above shows visitors enjoying Jo's collage based portrait of William Leigh, with one of Paul's sculptures on the theme of traditional tools hanging above it. Another work on the same theme is below. 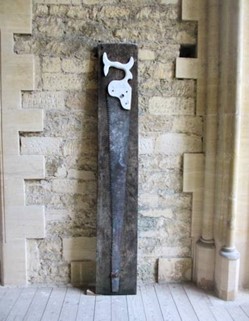 Both Jo and Paul are admirers of the Mansion and use it to inspire their work in audio and moving images as well as painting and sculpture. Jo created a modern video display which lit the fires in all the fireplaces in the Mansion for the first time. 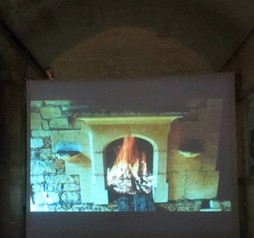 The exhibits stayed at the Mansion until mid-October and Paul devised a Gothic Sculpture trail around the house. His tool-based creations blended into the building, so visitors had to look hard to spot them. 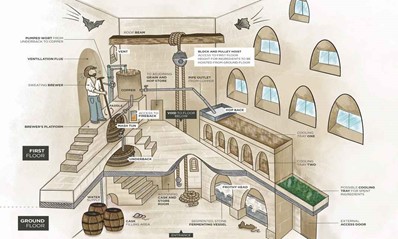 The Brewery in the Mansion is an unusual though not unheard of feature in country houses. At Woodchester it is only accessible once the resident bats have left their roosts to hibernate for the winter. The opening for a weekend in October enables visitors to understand how this part of the building worked and to see the - relatively complete - servants' quarters. 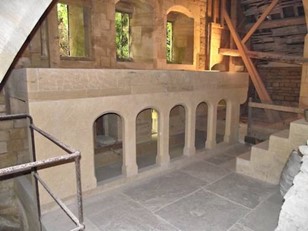 Bram Stoker's classic Gothic horror story was brought to the hugely appropriate Neo-gothic Mansion on two evenings in October. It was performed by the local Downpour Theatre Company - in the dry for once, though not necessarily warm as well as dry. Judging by the terrified screams from the audience, and the smiles and comments as they left, it was a massive success. 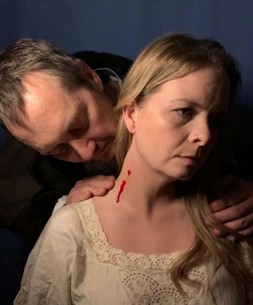 The 2021 season culminated with six days of our classic Halloween Spooky Cellars, for children of all ages. (We did not run our Halloween Party this year because of concerns over covid and overcrowding; we hope it will be back next year.) The Spooky Cellars were very popular - follow this link to see more pictures!